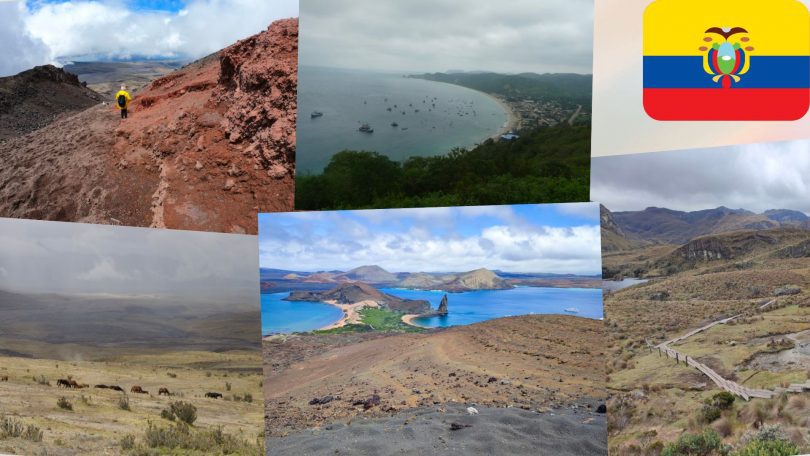 There are 11 national parks in Ecuador, covering a wide range of topographies. The national parks of Ecuador provide a wide variety of activities, whether you wish to hike, swim, bike, or see animals.

Ecuador’s national parks are listed below. Find out which ones you’d love to see when you visit the country. 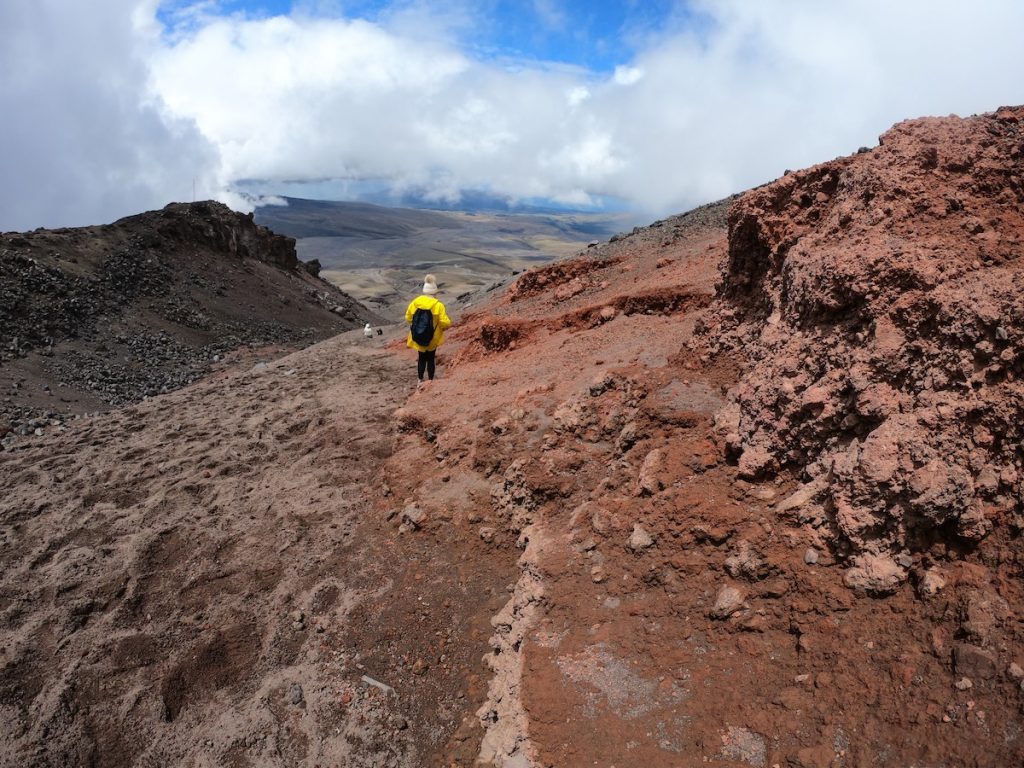 The two-hour drive from Quito to Cotopaxi National Park makes it the ideal destination for a day excursion. Alternatively, if you’re thinking about staying overnight, several lodges provide conventional lodging in haciendas.

The Cotopaxi volcano lies in this area which you can also climb if you are up for some adventure. The volcano is 5,897m (19,347ft) tall, and the views are breathtaking from the top. However, you need first acclimatize to the high altitude and travel with an expert guide. We took ChlorOxygen 1-2 weeks before the trip to deal with high altitudes and it saved us. 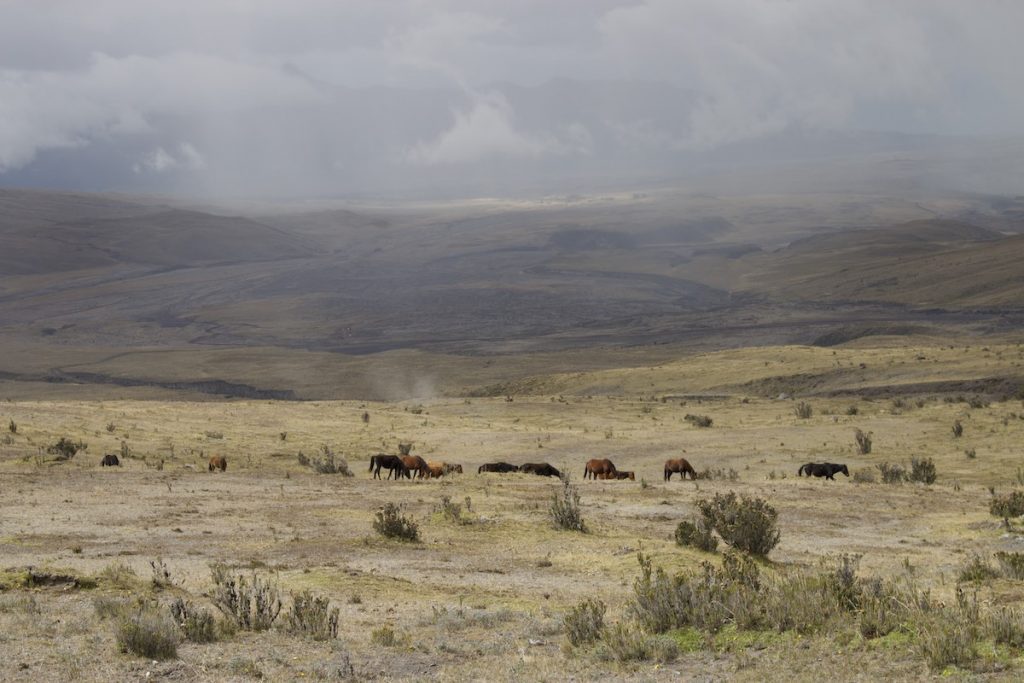 You can also go on a hike around Limpiopungo Lake, take pictures of wild horses, ride a mountain bike down the slopes of volcanic scree, or go to Pucará Del Salitre to see ancient Incan ruins.

The dry and windy season, which can run from mid-July through early October, is the greatest time of year for clear views.

Azuay province’s El Cajas National Park is a favorite getaway for city dwellers and is located less than an hour outside of Cuenca. The lakes and rocky peaks that dot these hills are picturesque. In addition to having moorland and cloud forests, the park is renowned for its lagoons, where you may view Andean ducks and mountain gulls.

Due to the park’s location across the continental divide, two rivers flow east and into the Amazon River while two others flow west and toward the Pacific Ocean. Numerous wildlife species can exist thanks to the combination of habitats. 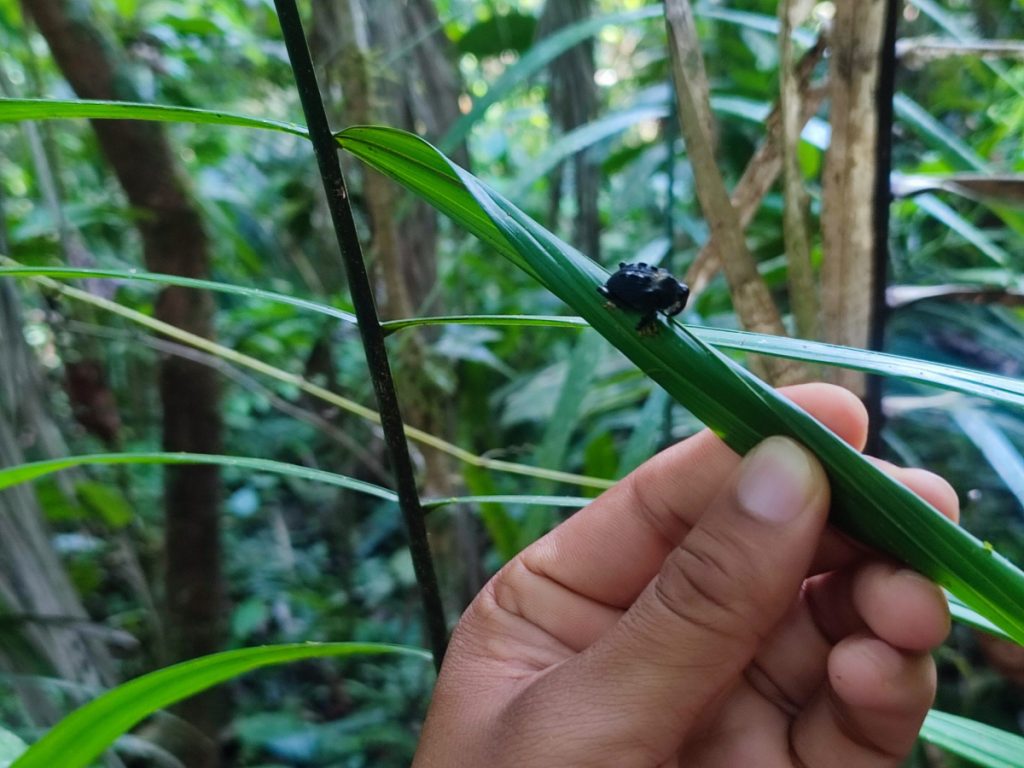 Yasuni National Park was formed in 1979, and UNESCO designated it as a Biosphere Reserve. Its ecology is among the most biologically varied in the entire globe. The Andes mountain range, the Amazon rainforest, and the equator all meet here, creating the perfect environment for a diverse assortment of plants and animals.

It’s necessary to make a reservation with one of the few Amazon lodges nearby to visit. The majority of lodges provide excursions to view the park’s wildlife, which typically involves some river travel and rainforest hiking. 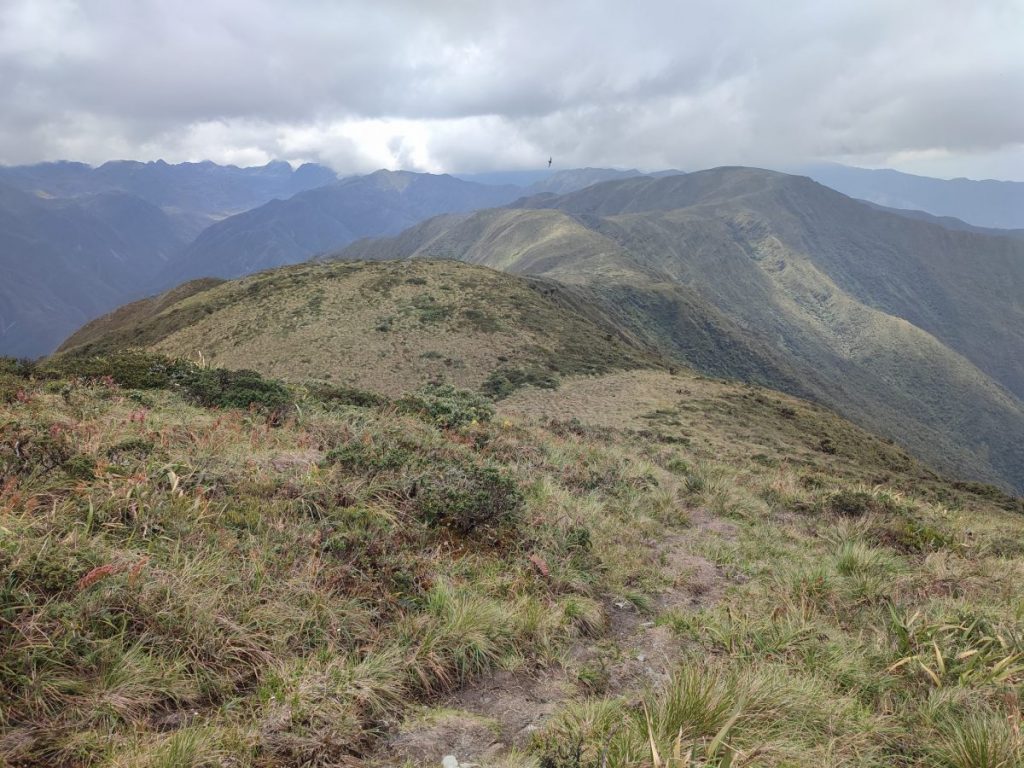 The only native conifer species in Ecuador, all of which are members of the Podocarpus family, may be found in Podocarpus National Park. It is located close to Ecuador’s border with Peru in the country’s extreme south.

The park’s 50 glacial lakes are largely responsible for its designation as a Ramsar site and Biosphere Reserve. It is referred to as “The Botanical Garden of America” because of the abundance of flora and wildlife.

There are two main points of entry into the park. The first is close to Loja and has a few quick hiking routes that offer a quick introduction to the local flora and animals. The second entrance lies much farther east, close to the town of Zamora, and features a warmer climate as well as entirely distinct plant and animal species.

In 1979, Machalilla National Park was created to preserve both the natural world and human cultural history. Both dry and foggy forests can be found within the national park’s diverse forest cover. The park also includes the coastline, beaches, a few islands, and several maritime waterways off the coast. If you’re interested in archaeology, the town of Agua Blanca has a museum where you can visit the ancient ruins and learn about the region’s cultural legacy.

The area is also well-known for its lagoon, whose sulfur-rich water provides health benefits. Isla de la Plata, an uninhabited island that has five hiking paths, is the third feature of the park. In addition to trekking, the island is an excellent place to go bird watching to see frigates and blue-footed boobies.

Ecuador’s first national park was the Galapagos National Park, which was recognized by UNESCO. It covers 97% of the islands that make up the Galapagos. There are a total of 21 islands, 18 of which are significant. The area of the ocean surrounding the Galapagos Islands is 17,000 square miles (45,000 square kilometers).

Two of the most well-known hiking routes in the Galapagos are the Cerro Tijeras on San Cristobal Island and the Wall of Tears on Isabela. It’s also worthwhile to stop by the Charles Darwin Research Station in Puerto Ayora, Santa Cruz. Charles Darwin is credited with developing his theory of natural selection at this location.

The Galapagos Islands are home to numerous indigenous and endangered species, including Marine Iguanas, Galápagos Giant Tortoises, and Galápagos Penguins. You may fly to the Galápagos Islands from either Quito or Guayaquil and enjoy everything the islands have to offer. You should plan on staying on the islands for a few days to further explore. 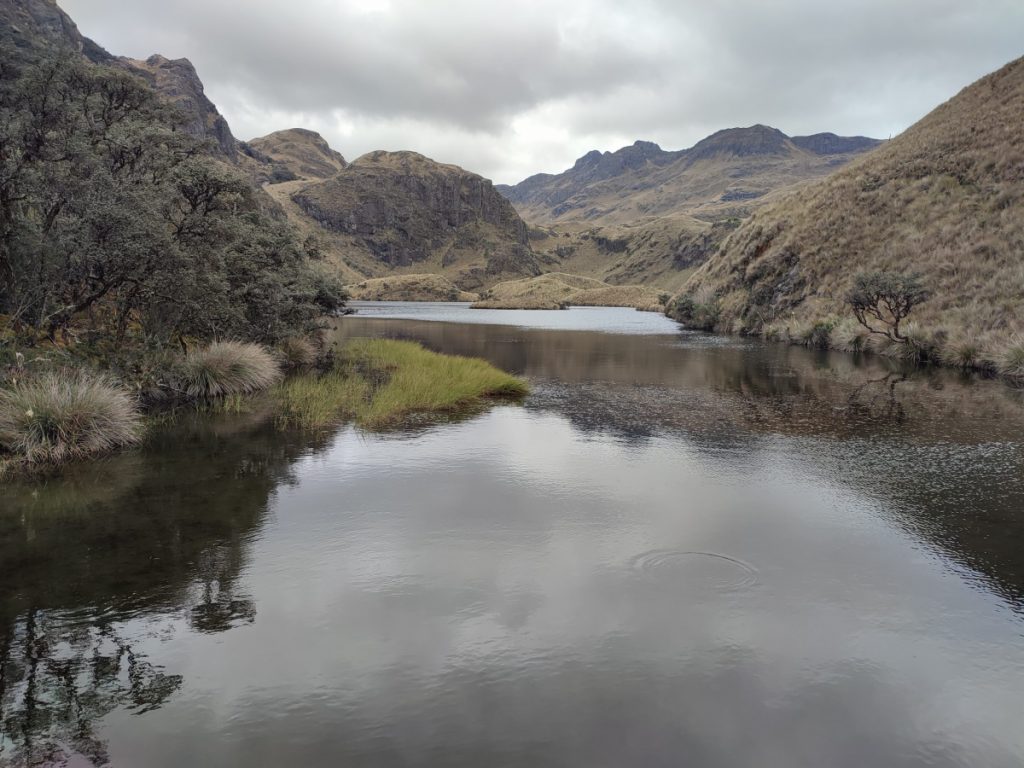 Sangay National Park was founded in 1979 and recognized as a UNESCO World Heritage Site in 1983. It passes through the heart of Ecuador’s Mainland, with the Amazon basin on one side and the tall Andes on the other.

The park has mountain ranges, valleys, meadows, marshes, and even glaciers in addition to tropical rainforests, cloud forests, and montane forests. The national park is centered on the Andes mountain range, which is home to the active Sangay and Tungurahua and extinct El Altar volcanoes.

The Sangay National Park also has a diverse flora and wildlife, including numerous critically endangered like the Mountain Tapir and the Spectacled Bear. Many plant species in the moorlands have adjusted to cold weather conditions and evolved specialized structures for water capture, particularly bunch grasses and cushion plants. These regions are also great examples of ongoing succession, as volcanic ash provides fertile soil and new habitats for plant colonization.

The Cayambe-Coca National Park safeguards the Amazon Basin rainforest and the highlands from the volcano.

In Cayambe Coca, you can witness spectacled bears, Andean condors, and armadillos. It is home to 116 amphibians, 70 reptiles, 395 bird species, and 106 species of mammals.

Numerous indigenous populations, such as the Quechua of Oyacachi (Napo Province) and the Cofán of Sinangoé (Sucumbos Province), reside in the protected region.

The Cayambe Coca National Park has designated a small orchid reserve along the Cascada San Rafael trails as a must-see. Edgar Guerrero, the owner, collected broken and fallen orchids from the wild and planted them on a slope on his tiny property. He spends time researching the best circumstances for each orchid to thrive.

Cloud and montane forests, lagoons, and the páramo system, often known as the moors, are all found in Llanganates National Park. It is one of the most prominent wetlands due to its lake system of 200 lagoons. The Ramsar Convention on Wetlands designated it as such in 2008.

The park is well-known for the Llanganates Treasure, which was allegedly concealed there by Inca general Rumiahui. Cerro Hermoso, a mountain summit, is one of the most popular attractions. It is 4,571 meters high and offers views of Ecuador’s paper tree forests and broad-leaved plants.

Yacuri National Park is located on the border with Peru, between the provinces of Loja and Zamora Chinchipe. The Podocarpus – El Condor Biosphere Reserve includes it.

Among Yacuri’s ecosystems are a cloud forest and brush plains. There are also around 46 high-altitude lakes in the park. Yacuri National Park also contains the headwaters of two water basins (Chinchipe-Mayo (east) and Catamayo-Chira (west).

The bedrock of the park’s western slope is a mix of andesitic lavas, pyroclastics, shales, and rhyolite. Schists, quartzites, and gneisses dominate the eastern slope.

The park also has lagoons, streams, and bogs populated by grasses and mosses. Lichens grow thickly on the rocks that surround the bogs, while Polylepis trees dominate the slopes around the bogs.

Sumaco Napo-Galeras National Park includes the Sumaco volcano and its surrounding area, as well as the Galeras mountains, cloud forests, and lagoons. When hiking to the volcano, there are three refuges to choose from: El Mirador, the one near Wawa Sumaco crater lake, and Pava Yacu.

Sumaco Napo-Galeras National Park is home to 280 recorded bird species. However, it is believed that the number is significantly higher because this national park has not been completely explored.

Giant anteaters, cougars, mountain tapirs, and the spectacled bear can all be found in this park.

Ecuador is a biodiverse country and Ecuadoreans are doing their best to protect their natural resources. These 11 national parks are proof of the country’s environmental preservation measures to keep nature and wildlife safe and flourish for the next generations. There are even more things to see in Ecuador.